Audax is a cycling sport in which participants attempt to cycle long distances within a pre-defined time limit. Audax is classed a non-competitive sport, as the success in an event is measured by its completion. Audax has its origins in Italian endurance sports of the late nineteenth century, and the rules were formalised in France in the early twentieth century. The word ‘Audax’ comes from the Latin word for ‘bold’, and was first used in the context of endurance sports towards the end of the 19th century.

When riding an Audax event riders carry a Brevet card. The word ‘Brevet’ means ‘certificate’, more or less. The ‘Brevet’ card you carry, which gets stamped at controls along the route, is finally validated by AUK (Audax UK) as proof of your ride. 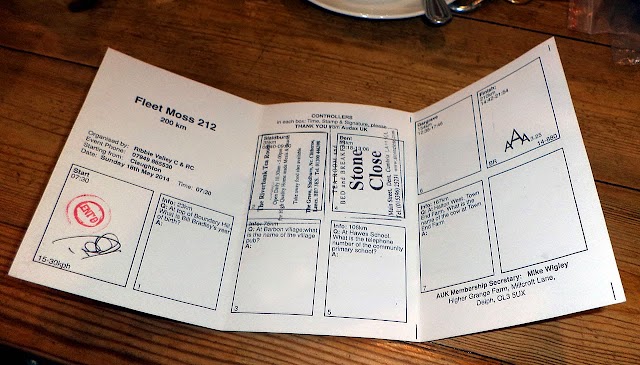 One of the great things about riding Audax events is the great variety of venue, distance and type available, and if you live in an area where there are few events it’s an excellent excuse to go and see other parts of the country on your bike.

What happens at an Audax event?

For the interest of our new members and others who may not have ridden an Audax event before, here is a short explanation about how the rides are organised.  In an Audax event the rider is given a route sheet and follows the route, using his own maps/ GPS device, if necessary, and usually taking maps on the ride or studying them beforehand. There are no marshals provided and no directional arrows on the route.  A card is provided with one or two questions which must be answered en-route, and at one or two control points this card has to be stamped (usually at a specified café). All this is to show that the rider has actually completed the specified route. There are also minimum and maximum times for completing each event and this is to prevent riders from racing, as an Audax is really meant to be a test of route-finding skills as well as fitness.

There is a system of climbing points awarded for some of the more severe Audax rides, and members of the AUK organisation ride events up and down the country to gain as many points as possible in order to enter a national competition run by AUK.  The hardest of our 3 events, the Fleet Moss, is worth 3.25 and the Lunesdale is worth 2.25.  The points are awarded according to the severity of the climbs in relation to the mileage travelled.  The Pilgrims Way, although a hilly event, is not awarded points at the moment because the distance is too short for the amount of climbing involved!

Organising an Audax event can be very time-consuming and we are always grateful for the support from club members, both riders and helpers.

Audax events are not Sportives

The difference between an Audax event and a Sportive event is that Sportives are usually signed and marshalled, and they are often run by professional organisations (hence they are often much more expensive to enter).

Ribble Valley Cycling and Racing Club was involved in the running of the Fleet Moss Audax, which is held annually, and usually takes place in May.  In 2016, the event will be run by Southport CC and takes place on Sunday 19th June.  It follows a challenging route that starts in Lancashire, travels through the Trough of Bowland and into the Yorkshire Dales. It is a long ride – in the region of 210 km (130 miles) – and is made more challenging by the amount of climbing riders will have to undertake. However, on the same day there are two other rides, which start from the same HQ (Head Quarters) and cover less distance. The will still be a challenge, but perhaps less daunting to the uninitiated.

We always have had a good representation of Ribble Valley Cycling Club members taking part in the Fleet Moss Audax (and it’s supporting rides – Lunesdale Populaire & Pilgrim’s Way), when we have been organising the event.  We hope this continues now another club has taken over the running of the 2016 event. 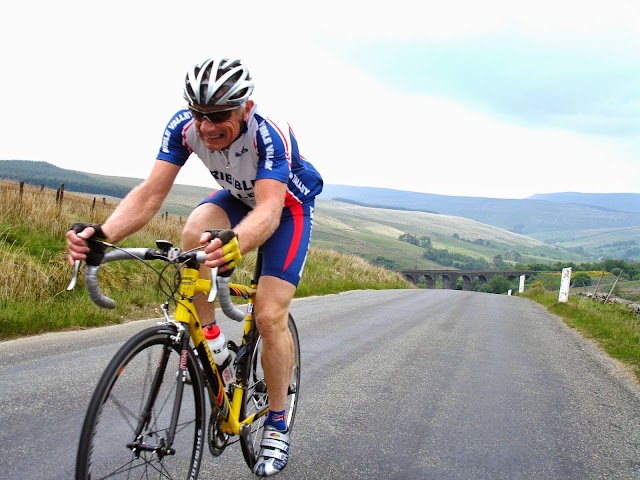 We also have a number of club members who take part in other Audax events in other parts of the UK.

Also, there are many more Audax events taking place in other parts of the country throughout the year.  For more information about Audax UK (The Long Distance Cycling Association), and Audax events in general, please visit the Audax UK web site. 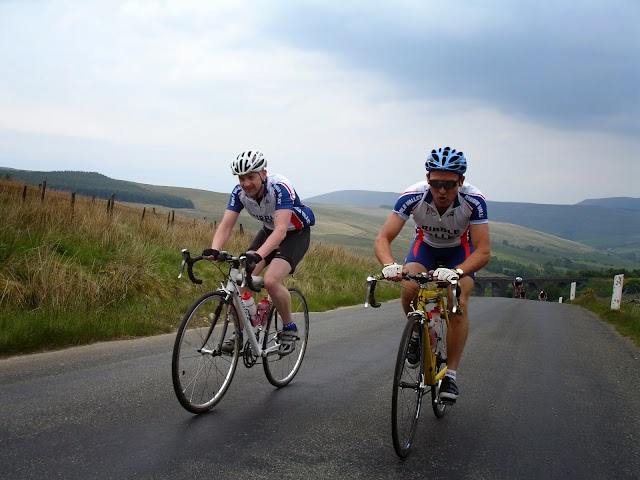