A velodrome is an arena for track cycling.  Modern velodromes feature steeply banked oval tracks, consisting of two 180-degree circular bends connected by two straights.  The straights transition to the circular turn through a moderate curve.

Bicycles for velodromes have no brakes.  They have a single fixed rear gear, or cog, that does not freewheel.  This helps maximise speed, reduce weight, and avoids sudden braking while still allowing the rider to slow by pushing back against the pedals.

The National Cycling Centre, in Manchester, was Britain’s first indoor Olympic standard cycling track, and since it opened in 1994, is one of the World’s finest and fastest indoor tracks. One lap is 250 metres, and the bankings are 42 and a half degrees.

The Manchester Velodrome is the busiest in the World, and the track is in constant use, fourteen hours a day, seven days a week and, thanks to the comprehensive programme of activities for all levels of ability, from elite athletes to novices, the track offers sessions to anyone seeking to experience this exciting sport.

The National Cycling Centre offers ‘Taster’ sessions. These are an introductory session for beginners and occasional riders of the Velodrome. If you’re new to track cycling, you need to be able to ride a two-wheeled bike unaided, with sufficient fitness to ride for an hour. At a Taster session, you’ll be riding with up to fifteen other riders for the one hour’s duration. You’ll be given a set of skills to learn by the coach and each rider will be provided with a bike and helmet.

The Taster sessions are great fun and are one of the most popular track sessions provided, so whether you want to be the next Jason Kenny or Laura Trott, or are just keen to see what it’s like to ride around a banked velodrome, this is the session for you.  Why not bring some friends or your family for an experience you’ll never forget.

An number of Ribble Valley Cycling Club members travel to the track on their own, in small groups, or with an organised party during the winter months.  Dependant on the interest, the club could help with the organisation and subsidise the trip for a group of club members.  Please have a chat to the committee if you’re interested in giving it a go. 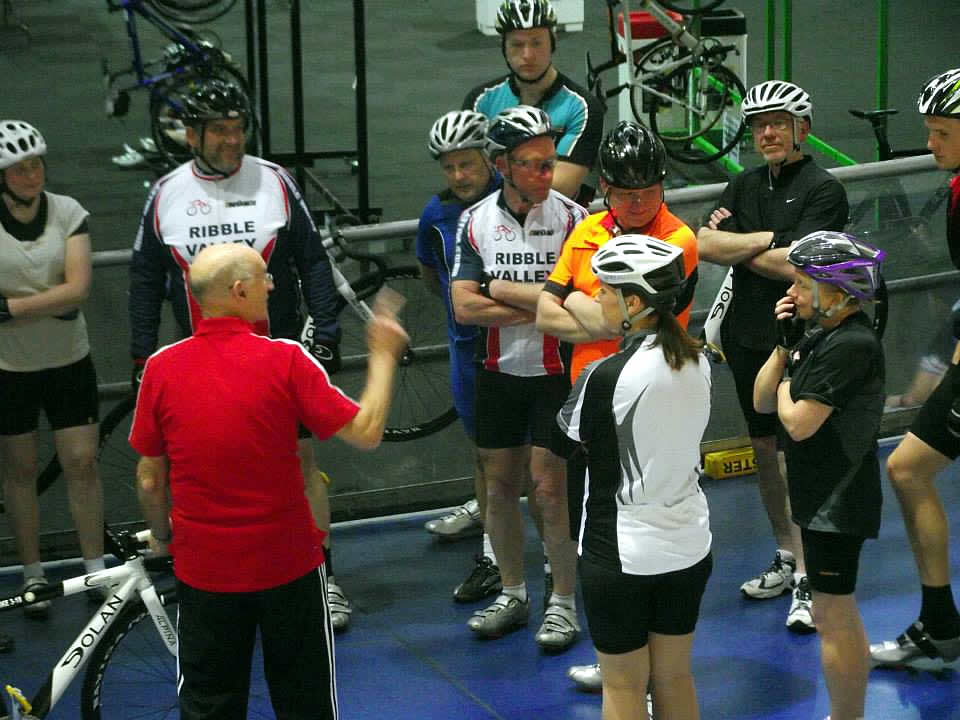